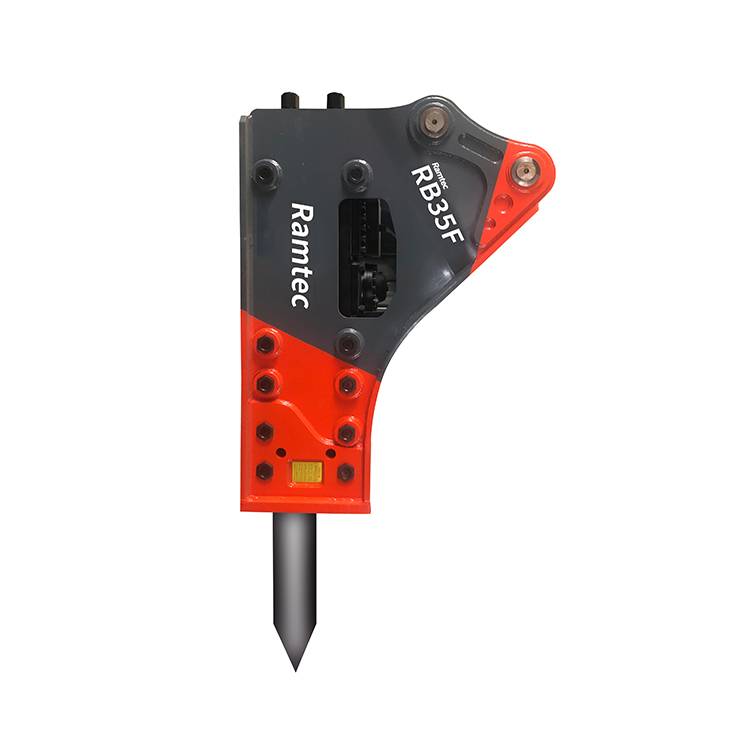 
Send email to us

An important working tool of hydraulic breaker, which uses the pressure oil provided by the pump station of the excavator or loader, can more effectively clean the floating stones and the mud in the cracks of the rock in the foundation function of the building. It is used in conjunction with power excavators such as hydraulic excavators. It can be widely used in metallurgy, mining, railways, highways, construction and other construction fields or processes. It can mine hard objects such as rocks, reinforced concrete, cement pavements, and old buildings. The crushing and dismantling operations can also be used for specific operations such as riveting, derusting, vibrating, tamping, piling, etc. by changing the drill rods, which are very versatile. With its advantages of safety and efficiency, the breaker has been widely used in secondary crushing in mining areas, gradually replacing secondary blasting for large-scale crushing. In mining operations, the application of hydraulic breakers under certain special conditions presents unique advantages, especially in selective mining and non-blasting mining operations. It is a new type of mining method.

Write your message here and send it to us